check out our history, learn more

A Year With The Whyte Glencoe 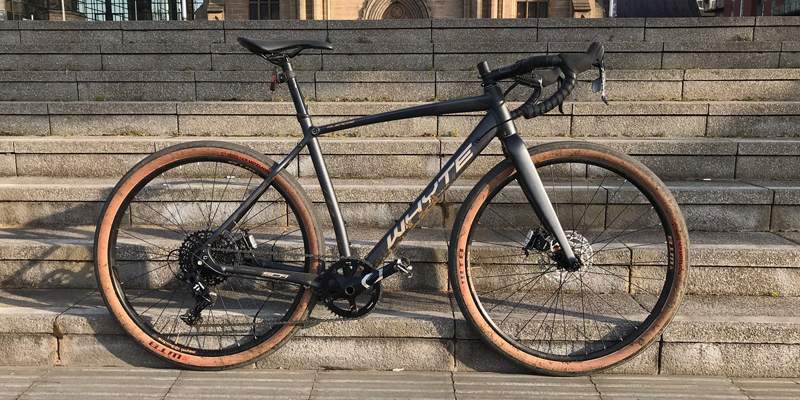 A Year With The Whyte Glencoe

It’s been just over a year since I buckled to the temptations of Whyte’s mould breaking Glencoe. And what a smashing year it has been, churning out miles over all sorts of ground. 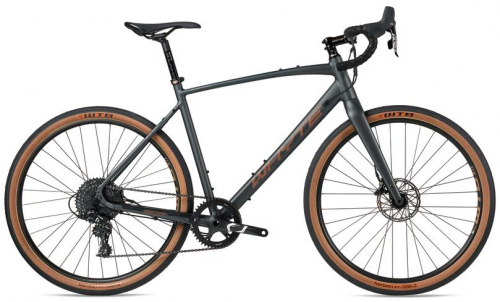 I’ve always been a mountain biker through and through but the idea of having a road bike had always appealed to me. The convenience of being able to jump on the bike right outside your front door and get the legs spinning for a wee workout straight away is something that isn’t quite so possible with the mountain bike – you usually require a thirty minute (plus) drive before getting to your destination. I was also using my beloved Whyte 905 to commute to the shop each day which was putting unnecessary wear on the components. Great fun to commute on, but putting your weekend toy through the everyday Glasgow brutality that destroys commuters is a painful one.

So I was essentially looking for a do-it-all hack that I could pay minimal attention to, to keep it working while the bike was still saucy enough for me to enjoy the odd recreational road ride. The Glencoe was one of the earlier 650b adventure road bikes and came out offering astounding bang-for-buck; tubeless wheels, 1x Apex groupset, bolt-thru axles and TRP HYRD disc brakes. And not to mention the frame features; nice geometry with a long top tube length and short steerer tube, wide tyre clearance with room for mudguards too, and a comfy low bb height that helps you feel in, as opposed to on the bike. Oh, and the tan wall tyres look the berries, actually, wait a minute – the whole bike looks nothing other than awesome (largest deciding factor obviously).

Therefore the Glencoe was a no brainer. And it wasn’t much time of riding to and from work till I was riding it at the weekends, getting out the night lights and racking up miles after work, letting the mountain bikes gather dust (wit?!). Within a month there was a few hundred miles of all sorts of terrain under the tyres and all largely done on cycle paths, landcover tracks and dirt paths. It had become infectious exploring new routes, seeing where I would end up and setting new post-work challenges to complete on the bike. It’s so incredibly capable, it just makes you want to go exploring.

Now the Glencoe is obviously no lightweight racer. But for what it lacks in weight saving, makes up for with spades of fun and comfort. Long rides are a doddle with the comfort turned up 11, you won’t set any records but the bike is by no means slow. The slick tyres roll surprisingly quickly at lower pressures, and having the wider tyre allows you to corner quicker or perhaps go through the mud and cut the corner altogether. However the tyres can be quite slidey when run at higher pressures, perhaps the marginally grippier WTB Byway tyre would have been a better option. The low pressures are definitely required – I tried running the WTB Horizon tyres between 20 and 30PSI and settled for 25 in the front and just shy of 30 in the rear. So tubeless is a must in order to avoid being susceptible to punctures. If the tyres were over 30PSI I felt the ride became harsh quite quickly and felt a bit like a marble on a glass table. And below 20, well, I’d be putting the rim through the tyre on every pothole!

The tyres were tricky to get set up tubeless but once the tyres were seated and set up, few issues followed. In the past year I’ve had only two puncture issues on the Glencoe. Both of which required a single dismount between them, and the pump stayed firmly in the bag the whole time. The first required getting off the bike to pull out a pretty descent sized nail, leaving a hole that sealed shortly after pulling it out and spinning the wheel a few times. The second, was a case of keep pedalling until the spinning/hissing noise stopped. And it did, allowing me to do the last two thirds of a 60mile ride with out getting off of the bike *smug face*. Who knows how many times the tubeless sealant has worked it’s magic and I’ve been none the wiser though.

One of the greatest aspects of the Glencoe is it’s versatility. In the shop we’ve put out 700c variations with the Mavic Allroad wheelset, kitted out loads with full length mudguards and/or pannier racks, narrowed the bars, upraded the brakes to full hydraulic, added bike packing frame bags, fitted knobbly MTB tyres, and even added dropper posts! And for me this is where a lot of the fun with the bike lies (in the shop we even toyed with the idea of creating the TT Glencoe!).

Therefore I’ve made a good (and bad) few changes to the bike over the past year. The first change was giving the bike a bit more a road racer/CX fit, so saddle in the air, longer stem and slammed. I never really got on with the super-wide 50cm bars – as opposed to increasing manoeuvrability and stability I felt the bar was cumbersome and prevented me tucking in and sprinting. So I replaced them with a set of 3T 42cm aerobars which definitely provided the aggressive road fit I was looking for, while also offering an incredible aero advantage (Dougie, you’re mad). The handlebar is a bit of fun really, no need to ask why it’s on, just accept it and chuckle. Also the saddle is tartan patterned, chosen with no regards to its fit or comfort aspects, merely because it’s tartan.

Later on, the aim was to make it more mountain bikey from the ground up, essentially producing a mountain bike with a road racer cockpit. So off came the handsome tan wall tyres for a pair of Maxxis Crossmark II XC MTB tyres, despite all the nobbles the tyres are rapid!! While offering loads more grip when traction is in less supply. Tyre clearance with these tyres on is next to nothing so personally wouldn’t recommend (why are you doing it then you madman?!) but the skinnier knobbly WTB Resolute tyres fit no issues, you get to keep the tan walls and a mudguards fits too!The most recent change to the bike was fitting on the largest disc rotor size available – 203mm disc brake rotors! (Yep, you’ve lost your marbles Dougie). Now I love tinkering and this “upgrade” was more to see if it was possible – could 203mm rotors be fitted to a road bike? The answer is that, with a considerable amount of faff, a replacement post mount calliper and a rucksack full of disc brake adapters the Glencoe makes it possible. Solely due to the fact that Whyte opted for 160mm rotors instead of the standard road sized 140mm, I imagine because the grippier tyre is able to hold the ground better under bigger braking forces. In the shop we don’t recommend this change at all for a number of reasons but I decided to go for because, well, it looks frickin’ great.

Most of the changes I’ve made have really been about testing the bike’s capabilities as opposed to enhancing the performance. The bike works so well as standard that it really doesn’t need any changes, as I said I’m just a tinkerer! I’ve had so much fun with and on this bike I can’t recommend it enough. Off the bat it is a bike that is ready to play and explore. Whether commuting, bike packing, touring, road riding, adventure roading, cycle-crossing, trail riding or even mountain biking the Glencoe will have a good crack at them all and leave you with a big grin on your face! 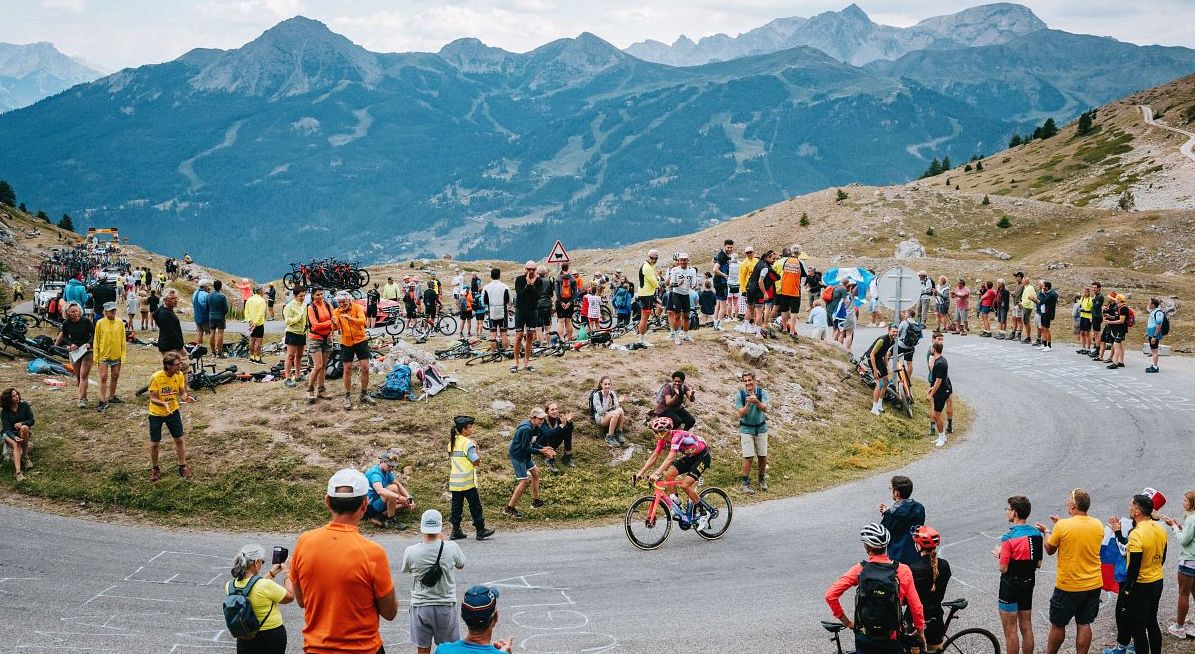 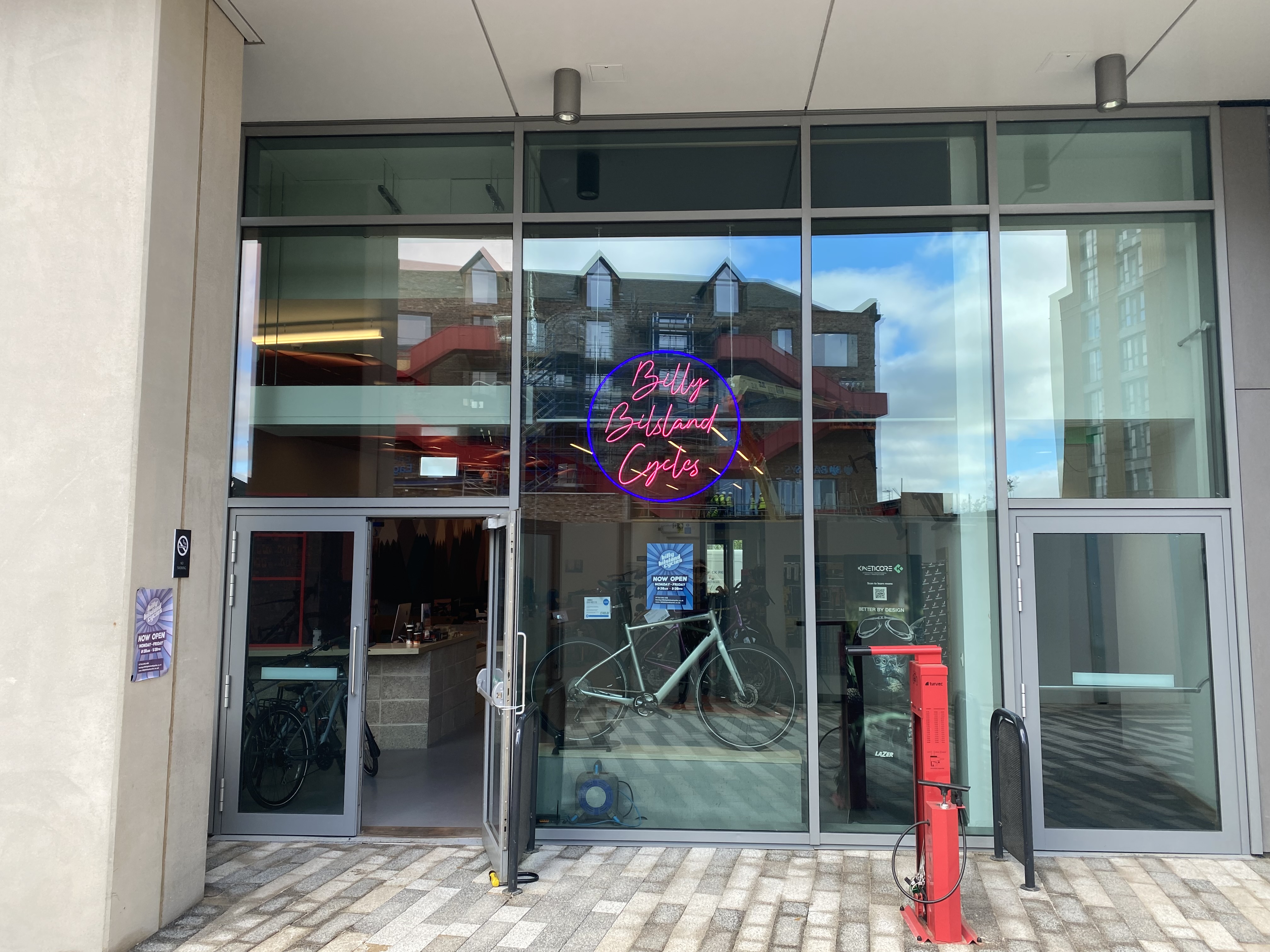 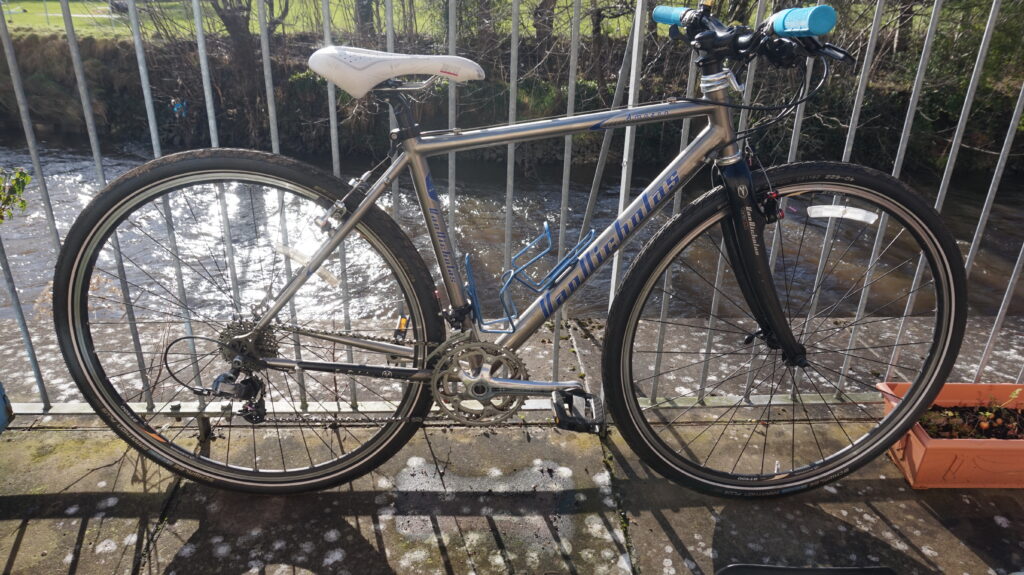 A Tale of Two Wheels: Building a Bike for my Wife 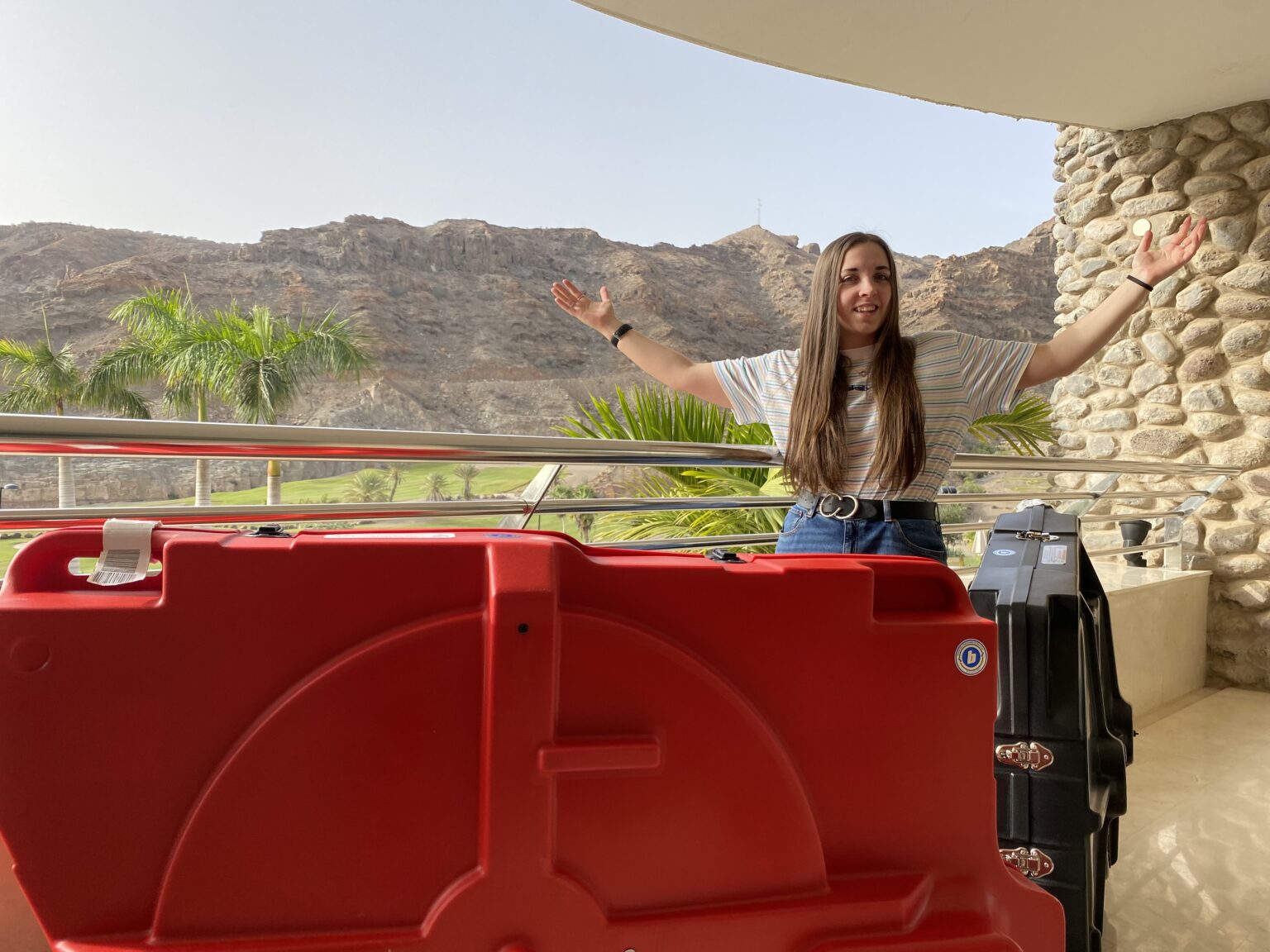 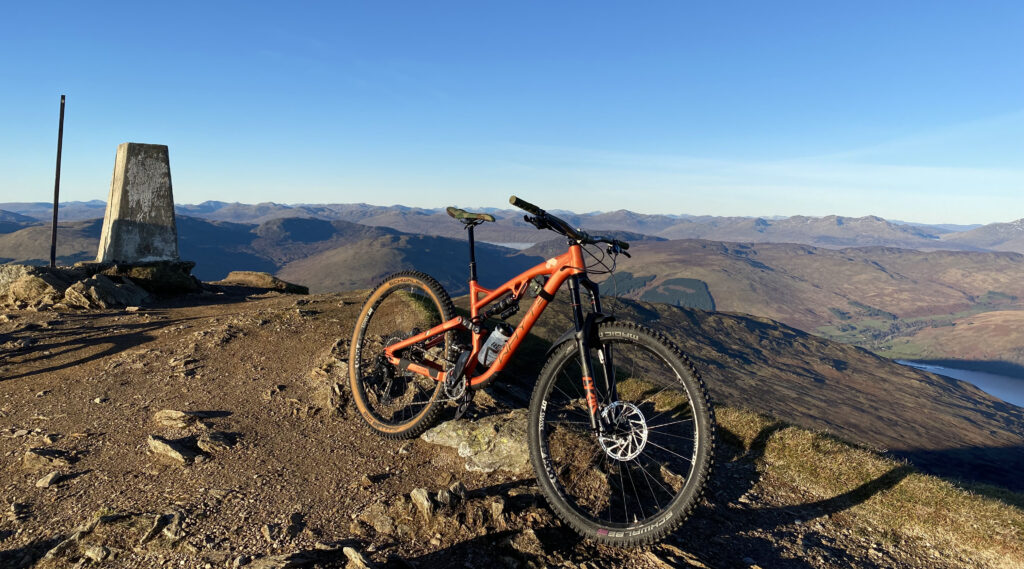 How To Look After Your New Bike 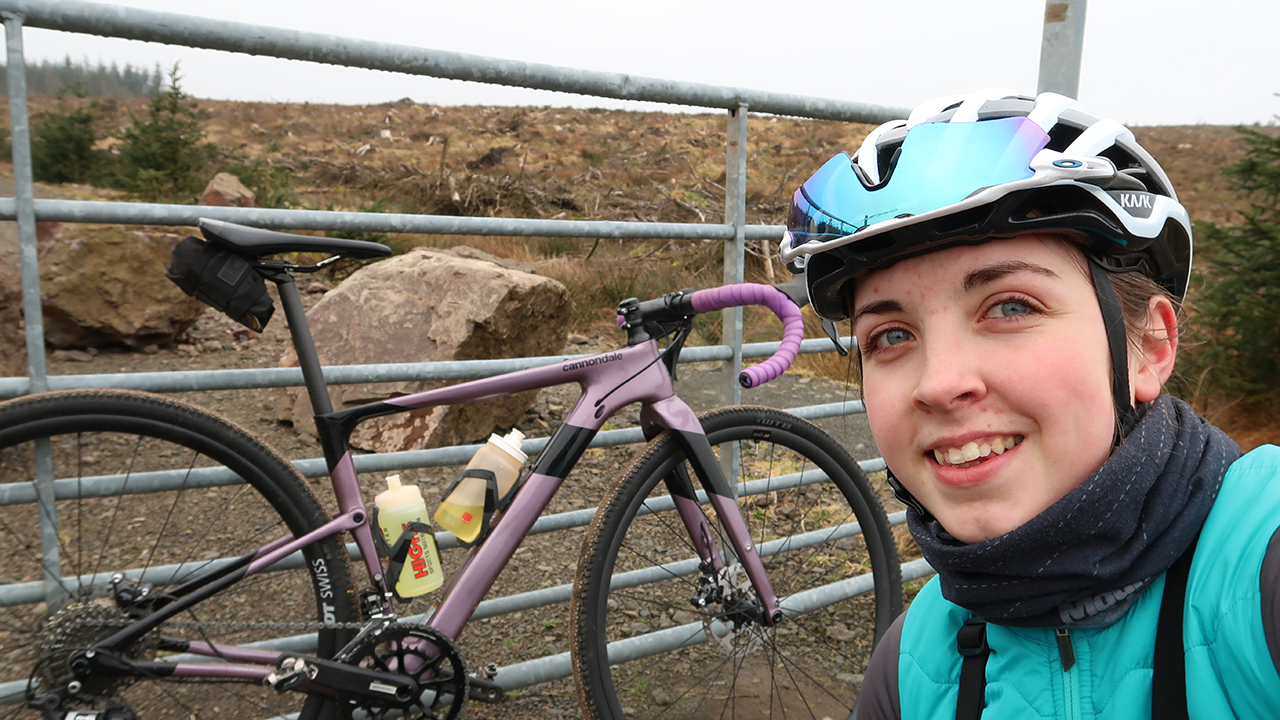 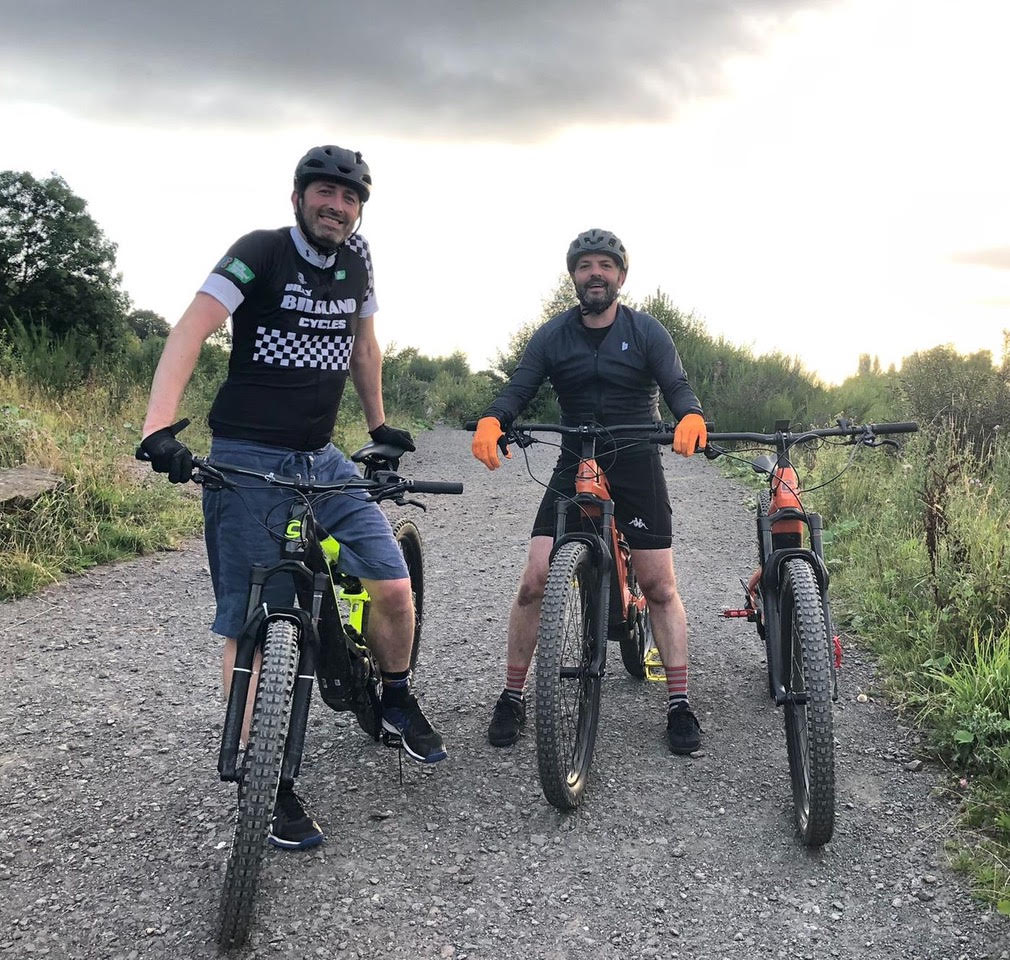